My wife, Jean, and I have lived in Washington County for over 25 years. I have served in the Switchpoint Community Resource Center, Habitat for Humanity, Big Brothers Big Sisters and the Soup Kitchen at Grace Episcopal Church. I am running because I want to ensure our quality of life and ensure a prosperous future for our county. We live in the fastest growing county in the fastest growing state in the nation. I believe we must manage this growth to keep the quality of life we enjoy in this wonderful place.

I come from humble beginnings and I believe in hard work, helping my community and giving fair treatment to all people. I worked my way through college, served my country in the U.S. Army, and have run my own small business for many years.

I am qualified because I have a background in systems engineering and helping people to solve complex engineering problems. I managed the new development of manufacturing and safety systems at Thiokol Strategic Division in Promontory, Utah. I then went to Johnson Space Center in Houston, Texas where my team helped to repair the Hubble Space Telescope. I taught Systems Design and Information Engineering in the NASA Annex for the team working together on the International Space Station. I managed over 80 people in my division with a $5M budget. I also ran my own consulting business in St George for many years.

We must address the big issues like water, energy, transportation and agriculture. We need to stop kicking the can down the road and use new innovations to solve these issues now. Farmers are already being forced to leave their fields fallow for lack of water.

My favorite quote is from Senator Paul Wellstone, "Politics is not about money. It's not even about winning. Politics is about improving people's lives". The people in Washington County deserve to feel safe, to have a sense of belonging and to live in a caring atmosphere where they can raise their families. That is the quality of life I want to protect.

My name is Chuck Goode and I ask for your vote so we can manage this tremendous growth together. 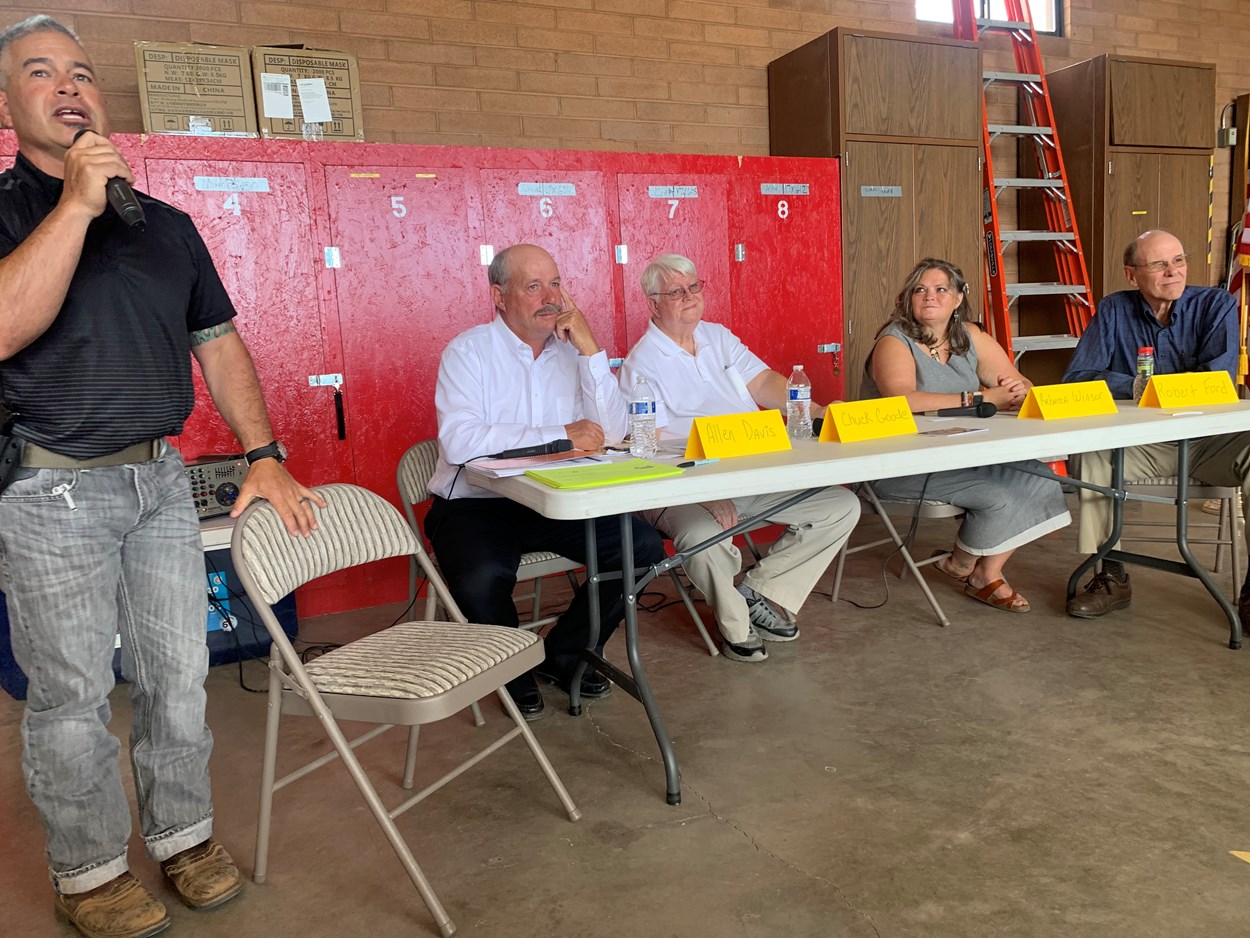 Jason Ranoa invited me to a town hall in Central on June 8th. They are interested in exploring the upcoming elections and the candidates for Commission. We have the communities of Central , Veyo, Brookside, Enterprise, Gunlock, and unicorporated area invited. We do have a few candidates on the doc coming speak and interact with the community. We’d love to have you! Please let me know if you have any questions or concerns. Also please let me know if your able to attend. The meeting detals are as follows: Central Fire House 6:30 pm June 8th, 2022   The format is 1 moderator and round robin questions. Were not looking for a debate. The community wants to know our current Commissioner's and their opposition.    Please let me know as soon as you can if you plan to attend or not. We will maintain communications with the community.   Thank you very much for your time and support! Jason Ranoa   PS Please contact me with any questions (9510 595-2030 Jason.n.ranoa@gmail.com

I was glad to accept this invitation and to meet many great residents of the Highway 18 Corridor. All of the democratic candidates for Washington County Commission were in attendance as well as Alan Davies. Unfortunately none of the incumbents were able to attend. They texted 2 hours before the meeting they would not be available. Many of us interpreted this to mean the rural areas were not a priority for incumbents. Those of us who did attend have a great discussion and made many friends. Thank you Jason for arranging such an informative open forum! 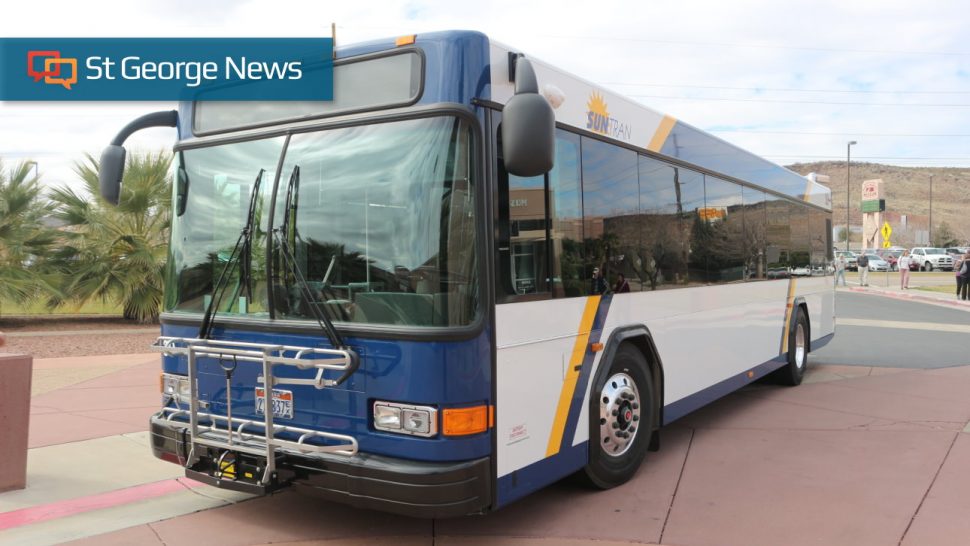 ST. GEORGE — Through a combination of the Springdale-St. George transit route and additional funding that could become available in the near future, Washington County may have the building blocks for a countywide transit system.

The executive council is made up of local elected officials, local road planners and representatives from UDOT and the Federal Highway Administration and is the policymaking body of the Dixie MPO, which oversees transportation planning in the urbanized and urbanizing areas in Washington County.

During the executive council’s meeting, Davies outlined a way the beginnings of a county-level transit system could be built on the backbone of the Springdale-St. George transit route being studied and implemented by the Utah Department of Transportation.

UDOT’s $15 million transit project is being funded by state money dedicated to the development and enhancement of transportation and other needs in recreational “hot spots” in the state like Zion National Park and the surrounding area.

The funding given to the transit project is a part of an overall $100 million the Legislature approved for use last year.

SB 136 allows counties to impose a 0.25 sales tax for the purpose of transportation funding within the county. Funds raised by the tax would then be distributed among the county’s municipalities and transit districts with the remainder kept by the county. The tax would need to be enacted by June 20, 2019.

Washington County Commissioner Zachary Renstrom, who was present at the meeting, said the majority of the commission is not in favor of enacting the sales tax.

Half of the sales tax collected by the municipalities would go to transit systems while the other half would go to roads.

Davies showed a chart with estimates of the funding the county’s towns and cities could generate annually if they implemented the sales tax.

Washington City would get enough funding to cover the cost of a transit route, Davies said.

In 2014, Washington City’s elected officials looked at tying into SunTran. While a bus route was proposed and an interlocal agreement between St. George and Washington City was drafted, the cost of the proposed route, among other issues, derailed transit expansion into the city at the time.

The 0.25 sales tax for transportation funding was the subject of a vote in 2016. It passed by a thin margin in St. George and Springdale, St. George Mayor Jon Pike said. Elsewhere in the county the measure failed, killing it overall.

Hurricane Mayor John Brammall said there needs to be a series of public hearings and a public education effort on the issue. Like other mayors present at the meeting, he expressed support for the sales tax.

(The tax) is cheaper than having to build roads

“(The tax) is cheaper than having to build roads,” Brammall said. “We have more than the population of Utah going up SR-9 to Zion each year. … Those tax dollars are huge.”

Ivins Mayor Chris Hart said he believes not enough people were aware of the needs and benefits that the funding the 0.25 sales tax would provide when it was on the 2016 ballot. This time around there’s more time to educate the public, he said.

Creation of a county-level transit system is dependent on the Springdale-St. George route becoming a reality, Hart said. He also pointed out that UDOT’s funding to the route’s operations runs out after five years.

Davies said his analysis shows that the route could pay for itself, inviting others to double-check his estimates. He also said he believes the Springdale-St. George transit route will happen and will be a great benefit to the area.

“There’s no question that will expand ridership,” Davies said. “It’s a positive thing.”

If all goes according to his projections, Davies said new public transit routes will be created as a part of the transit expansion.

Those possible routes would be in Washington City, the Hurricane-LaVerkin area and the southern part of St. George. The latter route would run along River Road toward Bloomington Hills and the Fort Pierce Industrial Park and residential area.

The benefits of a countywide transit system include keeping more cars off the road while also creating more economic opportunity, Davies said.

Citing a 2017 study on the value of parking space in Springdale, Davies said the daily value of one parking spot could run between $248 and $357. The proposed transit route could open up about 350 spaces as both visitors and employees who work in Springdale could take the bus instead of their own vehicles.

With 350 parking spaces open with a value of around $300, Davies said that can produce a daily value of $105,000 for the local economy. Annually, that comes to $38 million. The idea is that visitors who do bring their own vehicles and have a place to park will spend more time in town and spend money versus simply moving on through to Zion National Park.

The reality of an expanded transit system spinning off the Springdale-St. George route will take a handful of years to implement, Davies said. Despite that, members of the Dixie MPO executive council appeared to be in favor of the concept.

We need to keep our long view and not be impatient

“We need to keep our long view and not be impatient,” Davies said, noting that politics and other issues can delay the transit expansion. “It will come.

Chuck Goode files as Candidate for Commissioner Seat B

Thank you for signing up!

Chuck Goode files as Candidate for Commissioner Seat B